A visibly enhanced, more efficient experience is now on offer at a key Bridgwater crossroads following a major makeover by Somerset County Council.

Officially done and dusted, cyclists and pedestrians can now make use of toucan crossings which have the ability to detect motion.

These, along with the re-staging of the junction, a different method of traffic control, and a new lane merge from Broadway on to North Street, means a higher volume of vehicles can now pass through the junction than before.

Energy-efficient traffic lights have also been installed, saving 75% of the cost of using the original, halogen lights, and solar-powered bollards put in place.

Cycle stop lines have been laid down on all four approaches, giving cyclists the option of a safer position at the front of traffic queues.

Councillor Harvey Siggs, Somerset County Council Cabinet member for Highways, said: “I’d like to send a big thank you to Bridgwater residents for your patience while we’ve been going through the process of completing the work at Penel Orlieu.

“The upgrading of this junction really was a top priority for the town, and we’re pleased to have completed the project with all its visible improvements.

“We’ve listened to you and acted swiftly to incorporate the needs of Bridgwater
Fair vehicles into our plans, by amending the island on the top of West Street.

“We’ll also be able to remove the junction equipment a week in advance of the next Bridgwater Fair, so fairground vehicles can make the turn on their approach to St Matthew’s Field.

“With the prospect of Hinkley C becoming increasingly likely, this project is very much about ensuring Bridgwater is prepared for the future’s demands on its infrastructure.” 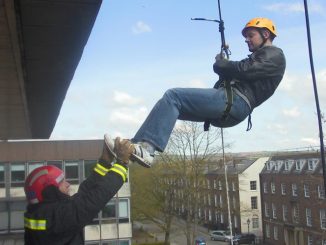 Taunton Library to help people get online for the first time