Two fire appliances from Taunton were mobilised at 04:49 this morning (Wednesday 18 February) following a call from a neighbour reporting a property fire a few doors up from them.

They were unable to confirm if the occupants were out of the property.

Shortly after arriving crews confirmed that the fire was on the first floor and persons were reported.

They requested two further fire appliances, which were mobilised from Taunton and Wellington, together with a command support unit from Wiveliscombe, whilst crews were at work with 2BA, two hose reel jets, one safety jet and a thermal image camera.

At 05:14 crews confirmed that one occupant had been rescued and was now in the hands of paramedics, with crews increasing BA wearers to four and using an additional thermal image camera.

At 05:34 crews increased the attendance by a further two fire appliances which were mobilised from Wellington and Bridgwater.

This was a well developed fire on the first floor of a mid terraced, two storey domestic property.

All persons have been accounted for and the casualty rescued has been conveyed to hospital by road ambulance.

The house was severely damaged in the fire. The cause is believed to be accidental.

Vehicle fire on A358 near Taunton 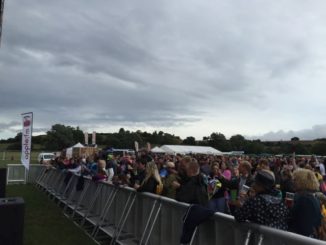