The Peacocks maintained their stranglehold on the Somerset Premier Cup for a second successive season with a 1-0 win over relegated League One side Yeovil Town at the Viridor Stadium yesterday evening (Thursday 7 May).

Town’s success was fully deserved and especially commendable given that they were not at full strength against a Glovers outfit whose line-up contained seven starters and two subs from their final League One game at MK Dons last Sunday.

At no stage were the Peacocks overawed playing a team five divisions above them , being unlucky not to wrap up the game in normal time but in the end settled for an extra time winner to delight the majority of a season’s best 852 crowd.

The first half witnessed few clear cut chances although both sides had attempts on goal, Chris Weale coming to Yeovil’s rescue early on when he kept out Josh Wadham’s shot following a half cleared Lewis Waldy free kick.

Dynamic duo Ben Carter and Jamie Short also saw 20 yard efforts gathered whilst Wadham ended the half by turning inside to plant a curler into Weale’s arms.

Yeovil’s only shot on target meanwhile saw Lloyd Irish foil James Hayter who got on the end of Nathan Smith’s cross.

Aaron Ward-Baptiste was a fraction away from giving Taunton the lead minutes into the second half, latching onto a Brett Trowbridge pass but clipping the ball into the side netting before Irish prevented Yeovil going ahead by pulling off a stunning close range tip over from Hayter’s scissor kick.

Town had the majority of opportunities though but couldn’t break the stalemate.

Short made space to fire narrowly wide before sub Steve Murray drilled a strike inches over the top.

Jamie Price’s header from Carter’s free kick was too high, as was Graham Mercieca’s drive after a run across the edge of the box, before Irish again made an important block from Smith who had a clear run at goal from the left.

Fears that another half hour would benefit Yeovil’s professionals proved groundless as the passionate Peacocks looked the only side capable of winning it and wanting to.

Short’s pass put Rodney Marsh through minutes into the first period of extra time but Weale pulled off a good save, touching the shot onto the post. However the winner that Town’s performance justified finally arrived after 107 minutes.

Weale turned Carter’s effort behind and from the resultant Short corner, Price looped a header over the Glovers keeper to send the home fans wild.

Town might have even added further gloss to the scoreline, Short shooting just wide and then forcing Weale in to another block following some ball trickery down the right.

At the death Marsh miscontrolled a Mercieca centre with just Weale to beat but that missed chance mattered not as the Peacocks ended their terrific campaign with both a magnificent victory and great optimism for the future with two of the Under 18 team making valuable contributions.

“An incredible night and an out of this world performance from the players.

For a club of our size to win this trophy two years in a row is a great achievement considering the opposition that we’ve beaten along the way.

Brilliant to see so many smiling faces in the crowd come the end and I could really tell that it meant a lot to the supporters and directors.

I’m so proud that we’ve delivered this for them and hopefully they’ll cherish a night like this as much as us. In terms of the game I thought we fully deserved the win.

We looked more threatening going forward throughout, worked incredibly hard and created some great chances. A wonderful way to end the season.” 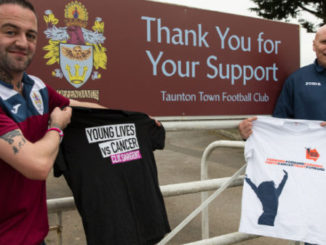 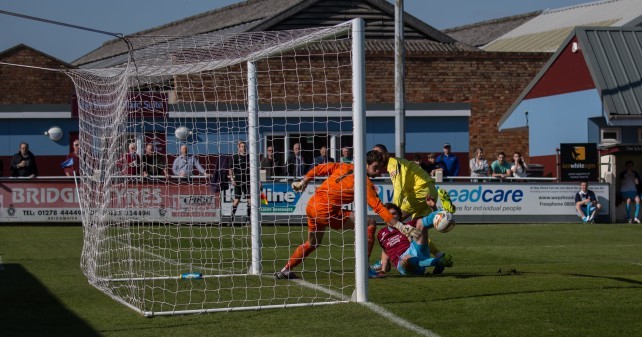