Now summer’s here Avon and Somerset Police are reminding everyone about the dangers and consequences of drink and drug driving.

Monday June 1 sees the launch of Operation Tonic, their month-long force-wide annual summer campaign to make the roads safer for all.

As they did over Christmas and the New Year, they will be will be naming publicly every motorist who is charged with a drink or drug driving offence.

And for the first time Avon and Somerset Police’s traffic officers will be using “drugalyser” devices at the roadside to test drivers for suspected drugs, including cannabis and cocaine, using new laws that came in earlier this year.

Drug drivers could face an unlimited fine, up to six months in prison, a minimum one-year driving ban and a criminal record.

Your driving licence will also show you’ve been convicted for drug driving. This will last for 11 years.

For more information go to www.gov.uk/drug-driving-law

“We are determined to do whatever we can to stop people driving while under the influence of drink or drugs. If just one collision or death is prevented, then our campaign will be a success.

“For the first time in our Christmas 2014 campaign we decided to name those charged. The results showed that this measure acted as a clear deterrent to people taking a chance on driving while under the influence.

“This summer we also have extra powers and the tools to check for illegal drugs at the roadside. The message is clearer than ever – there is no excuse and we will arrest any drivers who are suspected to be driving while under the influence of drink or drugs.”

“Over the summer, many of us will be having fun, hosting gatherings and socialising with family and friends. Driving under the influence of drink or drugs is not only a crime, it is socially and morally unacceptable and can have devastating consequences.

“The police are committed to keeping the roads of Avon and Somerset safe for all that use them. I believe the majority of law-abiding people support the police in doing all we can to bring offenders to justice, keeping the roads safe not only this summer, but all year round.”

Avon and Somerset Police would also urge anyone who has concerns about someone they believe may be drink or drug driving to call them on 101, or to text the word DRUNK and as many details as they can, like vehicle details and direction of travel, to 81819. 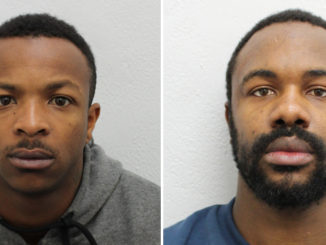