Chris Gayle scored a new Somerset T20 record breaking 151 not out but even that wasn’t enough to stop Kent winning a high scoring game at the County Ground by three runs.

The West Indian super star’s score was the sixth highest all time in the history of T20 and contained 10 fours and 15 massive sixes in an innings the like of which has never been witnessed before at Taunton.

Gayle cleared the Colin Atkinson Pavilion twice, one of which landed on the Priory Road Bridge, he cleared the Ian Botham Stand, and more than once hit the ball into the St James’ churchyard in an innings that will be talked about for many years to come.

This was the big man’s 15th century in T20 a quite phenomenal achievement, however it wasn’t quite enough to see Somerset home, but they were chasing a huge target of 228 that Kent had set earlier.

“It was a great innings, but the one thing that spoilt it was that I was on the losing side. However this is T20 cricket and these things happen.

“I thought that it was a great match and both teams played well. The fans got entertained but it was disappointing to lose by so few runs.”

“It was big target and to chase 220 runs in T20 is never easy but on a good track we came really close and overall I thought it was a great game.”

After choosing to bat first openers Daniel Bell-Drummond and Joe Denly took the score onto 11 when Denly was run out by Max Waller after a mix up.

New batsman Sam Northeast and Bell-Drummond then added 95 together before the latter was caught at deep mid on by Lewis Gregory for 51.

Northeast was in fine forma and went to his half century with a single off Waller in the 10th over. Northeast and Sam Billings saw the total onto 185 when Tanveer had the latter caught by Thomas for 24.

Darren Stevens saw up the Kent 200 with a single into the off side in the 18th over and two balls later Northeast went to his century with a boundary to square cover off Thomas. The Kent skipper’s runs came off 51 balls and included 14 fours and two 6s.

Kent lost four wickets in the last over, Thomas claiming three of them, in addition to which there was a run out as the visitors posted a massive 227 for seven.

Thomas ended with three for 46 from his four, while Jim Allenby was the most economic, his two overs going for only 15 runs.

The Somerset response started slowly with only 22 coming off the first three overs, before Trescothick was caught at cover point by Fabian Cowdrey for seven.

Pete Trego went two balls later for no score which brought James Hildreth to the wicket to join Gayle.

Next over Gayle got into the zone and hit the first of his sixes when he straight drove Calum Haggett back over his head just wide of Gimblett’s Hill.

Gayle hit two maximums off the next over, one over the Atkinson and the second between the Trescothick and the Somerset Stand- the crowd were loving it and already they had taken the Jamaican to their hearts.

Gayle helped to take 24 off the 10th over at the end of which Somerset had moved onto 105.

There was a still a long way to go, but Gayle was undaunted by the task ahead and in the 11th over smote two more sixes, this time off Matt Coles, one into the Somerset Stand and the other into the churchyard.

The third wicket pair took the score onto 135 when Hildreth was caught by Denly off Stevens for 29. The partnership added 113 runs in nine overs.

Gayle kept on with his big hitting antics and when he took a rare single into the off side off Adam Riley he went to his 100 off 45 balls with six 4s and 10 sixes.

Allenby saw up the 150 with a boundary to cover off Stevens and with 15 overs gone Somerset still needed 69 to win off 30 balls.

First ball of the 16th Allenby hit six over mid wicket but next ball he was bowled by Riley.

Tom Cooper straight drove Haggett for six but later in the over he tried to clear the boundary again and was caught just inside the ropes.

Gregory was bowled without scoring second ball of the 18th over in which Mitch Claydon conceded just two runs.

Just when you thought the game was slipping away Gayle produced another big six to keep the Somerset dream alive as the score edged ever closer.

Gayle hit a six into the netting of the second level of the new Somerset Pavilion to see up the 200 in the 19th over and off the last delivery he smashed another flat batted maximum.

Going into the last over Somerset needed 17 to win, which was still possible. However they lost Tanveer caught in the deep off Claydon off the first ball. Jamie Overton took a single off the second ball leaving 16 needed off four.

Claydon kept his cool and despite Gayle taking two off the third ball and four off the next his fifth delivery was a dot ball which meant that Kent had won.

However Gayle produced one more maximum to send the full house crowd home happy that they had seen such a magnificent batting display- even though Somerset’s 224 for seven was just short of a winning total.

The spectators who were hit by the ball during the course of the match all received medical attention at the ground and were not thankfully seriously injured. 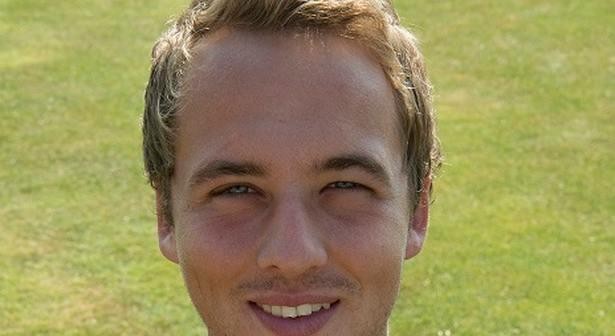 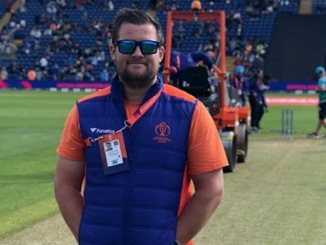 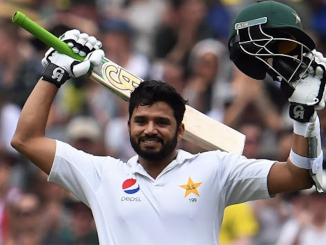