Somerset enjoyed one of their best ever days against Durham at Chester-le-Street yesterday (Sunday 7 June) where by the close on day one they trailed their hosts by 44 runs with six first innings wickets remaining.

After the hosts had opted to bat first the Somerset bowlers produced a good performance to bowl them out for 189 in less than 50 overs, Craig Overton taking four and Tim Groenewald three.

By the close Somerset’s batsmen had taken them onto 147 for four thanks to an unbeaten half century from Johann Myburgh.

”I was very happy with the way that I bowled today and it came out very nicely for me.

“It has been sunny all day but a bit cold, the pitch is a bit slow and you have to bowl straight which is what we did today and we did well.

“We bowled well before lunch and then when we re-started we took four wickets in as many overs which was very much like what they did to us down at Taunton earlier in the season, which has cost them really.”

“Batting out there isn’t easy and they are bowling straight but Johann has batted really well and Hildy was going really well until he got out near the end so lets hope that we can kick on tomorrow and get a big lead for ourselves and go from there.”

At the start of the day Durham openers Mark Stoneman and Keaton Jennings took the score onto 31 when Stoneman was LBW to Overton.

New batsman Scott Borthwick had scored eight when he caught in the slips by Pete Trego off Groenewald with the score on 42.

Overton struck again in the 17th over when he claimed the prize wicket of Paul Collingwood leg before wicket for no score and Durham found themselves 46 for three.

Opener Keaton Jennings and Mark Stoneman then saw the hosts through to lunch by which time the Durham score was 107 without further loss.

The fourth wicket pair too the total onto 117 when Groenwald claimed Jennings LBW for patient 49.

Jim Allenby then claimed two wickets in the 36th over to put the advantage very much into the Somerset court. With the first delivery he had Richardson caught by Marcus Trescothick at slip for 32 and two balls later he had Callum MacLeod well caught by Myburgh without scoring.

When Groenewald had Paul Coughlin fourth ball of the next over the Durham innings looked to be over at 120 for seven.

However Gordon Muchall was joined by John Hastings and together the pair added 52 before Overton bowled Hastings for 28.

Overton then had Muchall caught by Trego at slip for 24, before Trego wrapped up the innings in the next over when he had Chris Rushworth caught by Overton for 13.

When Somerset replied openers Tom Abell and Trescothick saw the total onto 21 when Abell on four was caught by ‘keeper Richardson driving a ball from Rushworth.

Myburgh came into join Trescothick who took his own score onto 26 when he was LBW to Rushworth with the total on 34.

James Hildreth continued his run of good form and along with Myburgh saw up the Somerset 100. However soon afterwards he was caught by Hastings off spinner Borthwick for 35, his partnership with Myburgh adding 73 for the third wicket.

Tom Cooper had moved onto eight when he was caught by Muchall off Rushworth and Somerset were 118 for four.

Myburgh and Allenby then remained together until the close by which time Somerset had moved onto 147 for four off 44 overs, Myburgh unbeaten on 57 and Allenby not out 13. 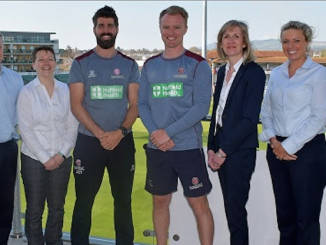 Somerset bowl themselves back into the game 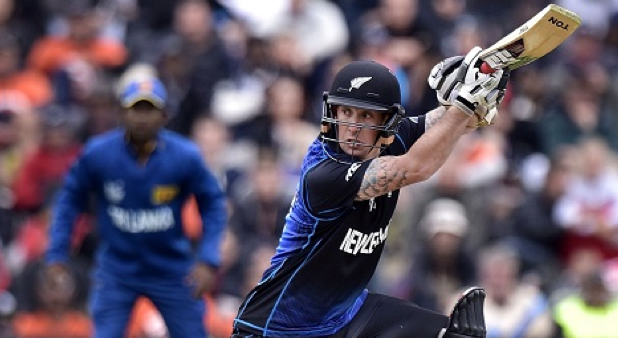