A Bridgwater man has been convicted after pleading guilty to selling illegal tobacco from his shops in Bridgwater and Taunton, following an investigation by Devon and Somerset Trading Standards Service.

44 year old Abdullah Ulgut of Eastover, Bridgwater was charged with selling, having available to supply and keeping smuggled tobacco which did not have the legally required health warnings or the appropriate duty paid markings.

Following intelligence received, an undercover Trading Standards Officer purchased a 50g pouch of hand rolling tobacco in September 2014, which did not have the appropriate health warnings or duty paid marks.

Officers from the Devon and Somerset Trading Standards Service – a joint service commissioned by Devon and Somerset County Councils – subsequently visited the shop in Bridgwater along with Avon and Somerset Police and ‘Phoebe’ the dog, provided by Smoke Free South West (now Public Health Action), who is specially trained to search for concealed tobacco.

In total 10.75kg of hand rolling tobacco and 3,120 packs of cigarettes (62,400 individual cigarettes), with an estimated retail value of £30,000, were seized from this shop, and from Mr Ulgut’s other shop in Taunton.

Appearing on Monday (20 July 2015) at Taunton Magistrates Court, Mr. Ulgut was ordered to carry out 160 hours unpaid work and to contribute £910 towards prosecution costs and an £80 victim’s surcharge.

“These are serious criminal offences. Illegal sales of tobacco in the South West have a huge impact on people’s health. When sold at considerably below the price of legal product they undermine efforts to reduce the prevalence of smoking. They encourage people who want to quit, to maintain their habit.

“We will not tolerate the illegal sales of tobacco and will continue to take firm action to stop this type of activity by using our enforcement powers against those we catch.

“Our officers routinely act on intelligence we receive, as they did in this case, so I would encourage consumers to continue to report those involved in selling illicit tobacco because their valuable information can significantly aid our investigations.”

Councillor Ann Bown, Chairman of the Somerset Health and Wellbeing Board, said:

“Young people are particularly at risk from the illegal trade. I would encourage anyone with information about illegal tobacco sellers to report them to Trading Standards or Crimestoppers on 0800 555 111.” 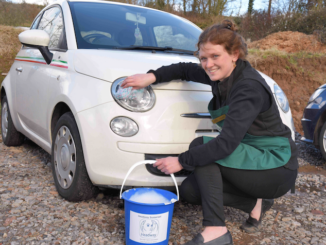 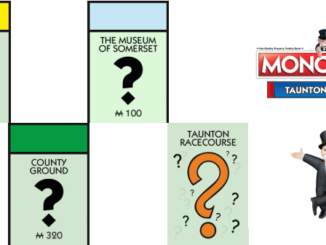