The award-winning road raising scheme at Muchelney has been nominated for a second industry accolade.

The Somerset County Council-led scheme has been short-listed for the National Transport Awards. This follows its winning of the Effective Transport and Infrastructure Delivery Award at The MJ (Municipal Journal) Achievement Awards in June.

The scheme saw 500m of road raised by up to 1.2 metres in just five months so that it can stay open even in the event of flooding on the same scale as the winter of 2013/14. Most of Muchelney escaped the severe flooding that affected Somerset but, the village was cut-off for around ten weeks when all four of the roads into the village were submerged.

Works were completed and the road reopened in February with a celebratory event enjoyed by the local community and those involved in the project.

Somerset County Council is the only local authority shortlisted for the Construction and Engineering Project of the Year Award, competing against private sector organisations for the award that will be presented at a ceremony in Westminster on 8 October.

“I am delighted that this scheme, which is an integral part of the multi-agency 20 Year Flood Action Plan, has been nominated for another high-profile award.

“Big thanks must be given to the staff here at Somerset County Council and the other partners involved in the project and, of course, the local community who this scheme was essentially about and were so patient throughout the work.”

The Muchelney road-raising project was funded by the Department for Transport and undertaken as part of the multi-agency 20 Year Flood Action Plan, the work of which is now overseen by the Somerset Rivers Authority.

“At Skanska we are very proud to have constructed the raised road into Muchelney which will make real a difference to the local community. The approaches used in the delivery of this scheme meant the new road could be completed in less than half the time of a traditional project.”

Young people invited to have their say! 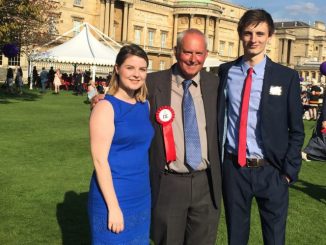