Two fire engines and a rescue tender from Taunton were sent to a report of a road traffic collision on the A38, Rumwell, Bishops Hull at 16:38 yesterday afternoon (Tuesday).

On arrival the crew confirmed that this was involving two vehicles with a female still inside one of them not physically trapped. The crews then requested an additional fire engine for extra crew power, this was also sent from Taunton.

The female was assessed by paramedics on scene prior to the crews carrying out a full roof removal as the female was suffering from neck pain.

The casualty was successfully removed from the vehicle using road rescue equipment to remove the roof.

Five casualties that had been involved in the incident were taken to hospital by road ambulance as a precaution.

Vehicle ‘on its side’ following collision in Wellington 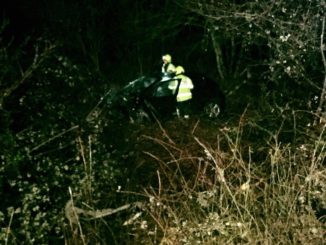