Two fire appliances from Taunton were mobilised following a call from an alarm receiving centre reporting a fire alarm activation at Coral, Priorswood Place, Taunton at 14:40 this afternoon (Sunday).

After speaking to a member of staff on site the monitoring centre confirmed that a light fitting was smouldering and shop was being evacuated.

Shortly after arriving crews confirmed that a light fitting had blown and there was a strong smell of smoke.

A small fire had occurred but upon inspection, using a thermal imaging camera, it was out on arrival.

Crews isolated the light, before leaving duty of care with staff.

Damage was light by fire to the fitting and 5% by smoke to the room of origin.

Fire at play park in Taunton believed to have started deliberately 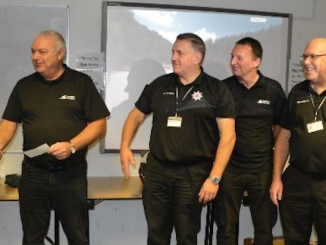 Child rescued after becoming locked in car in Taunton