The legendary UK rock band, Status Quo, has today (8 December 2015) announced it will play an outdoor show in Taunton in August, and is the third artist to be announced for the Somerset Rocks line-up.

The Rocking All Over the World band, which has achieved nearly sixty Top 40 hits including two number ones, plus four chart-topping albums, will perform at Taunton’s Vivary Park on Friday 26 August 2016.

Steve Harley & Cockney Rebel will be The Quo’s special guests for the show on the first night of Somerset Rocks, the three-evening music event being held during the August bank holiday weekend (26-28 August 2016).

Francis Rossi of The Quo, which has world-wide record sales of over 118 million, said:

“Playing live, outdoors is what we love to do. We’re really looking forward to entertaining our fans in Taunton and being part of Somerset Rocks.”

Status Quo will kick off the Somerset Rocks weekend and will be followed by Will Young, who will perform on the Saturday night (27 August), with Jools Holland and his Rhythm and Blues Orchestra bringing the three-show spectacular to a close on Sunday 28 August 2016.

St. Margaret’s Somerset Rocks is being promoted and organised with LCC Live, the same partnership that brought Rod Stewart to Taunton in 2014.

“We’re thrilled to add Status Quo to the line-up for a wonderful series of live, outdoor concerts in Taunton. It’s shaping up to be a really exciting mix of artists reflecting a variety of musical genres and appealing to a range of ages.

“Tickets are selling really well for the other shows and from past experience, we expect demand to be high for tickets to Status Quo, which is the best UK rock band of all time.”

“This is an amazing coup that such an internationally renowned band is coming to perform at Somerset Rocks. We are absolutely thrilled to have secured such a superb line-up for this simply unique music event, aimed at helping to raise awareness of St Margaret’s.”

“This announcement has been eagerly awaited following news of the first two acts for Somerset Rocks. Status Quo are giants in their genre and have a loyal fan base.

“The diverse line-up for this event really does have something for everyone with acts of the highest calibre. Somerset Rocks is sure to raise the profile of St Margaret’s Hospice and will be a superb showcase for Taunton in the glorious setting that is Vivary Park.”

Tickets go on sale at 9am on Friday 11 December priced from £39 and are available online at www.ticketline.co.uk or by phone: 0844 888 9991. Tickets are also available from St Margaret’s Hospice shops in Somerset. 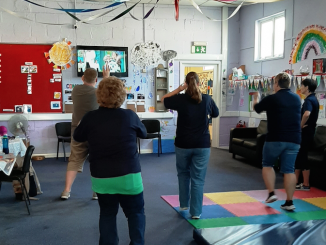 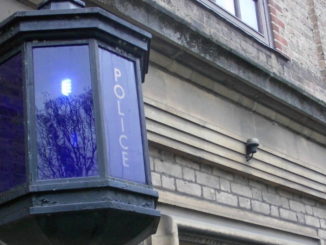