The Met Office has issued a yellow weather warning for snow and ice across South West England today and tomorrow.

People are being urged to take care as a Level 3 Cold Weather Alert has been issued for all regions of England, including the South West as the weather “will turn much colder for all parts of England over the next few days” says the Met Office.

“A cold, unstable northwesterly airstream covers the UK. This will bring showers, which will become heavier, more frequent and increasingly wintry later on Thursday. In addition, a trough will bring a more persistent spell of sleet and snow southeastwards overnight – most of the snow falling across Wales, but smaller amounts may feed down into some western parts of England.

Amounts of snow towards the south and east of the warning area are uncertain and many places will see very little, but ice will be a likely hazard in any case.”

The areas affected in this particular weather warning are likely to be:

Yellow Weather Warning for Wind across South West on Monday 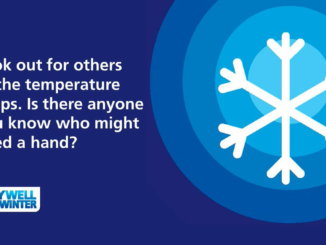 Yellow Warning for strong winds and heavy rain over Easter