Devon and Somerset Fire Control received multiple calls to reports of a building on fire at Woodhill, Stoke St Gregory at 02:23 this morning (Sunday).

Two fire engines from Taunton and one fire engine and a water carrier from Bridgwater were mobilised.

Two breathing apparatus, one hose reel jet and a main jet were in use.

The workshop and contents were severely damaged by fire.

The cause is believed to be accidental.

Child rescued after becoming locked in car in Taunton 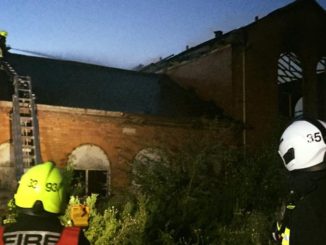