A male was conveyed to hospital yesterday following a two vehicle collision in Henlade.

Two fire appliances from Taunton, together with a Heavy Rescue Tender from Middlemoor, were mobilised to the A358 Ilminster Road at 17:29 following a call from a member of the public reporting a two vehicle road traffic collision, where the driver of one of the vehicles was still inside.

Shortly after arriving and assessing the scene crews confirmed that the male casualty was medically, not physically, trapped.

Whilst the fire service were not required to extricate him, they assisted Ambulance paramedics by stabilising and making the vehicle safe, in order that they could remove him.

Crews were then able to make the other vehicle and scene safe before leaving duty of care with the Police.

The casualty was conveyed to hospital via road ambulance. 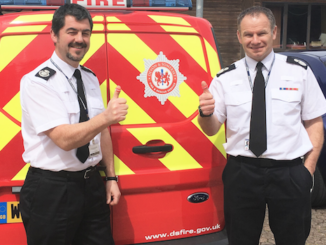