Ruishton and Thornfalcon Parish Council is planning to undertake a combined Neighbourhood Plan for their parishes, becoming the seventh in Taunton Deane to take up the opportunity.

Before making a decision on the Neighbourhood Plan Area the Council would like to hear from any interested parties on whether the area proposed is appropriate.

Ruishton and Thornfalcon follows Creech St Michael, Trull and Staplehay, Bishops Lydeard and Cothelstone and West Monkton and Cheddon Fitzpaine in embarking on a neighbourhood plan.

The Bishops Lydeard plan has recently been subject to a parish referendum when a majority of those who voted were in favour of its adoption.

“I welcome another parish taking part in the Neighbourhood Plan process. We have just seen the successful outcome of teamwork in Bishops Lydeard and Cothelstone.

I would like to thank the community in Ruishton and Thornfalcon in advance for the hard work and dedication that goes hand in hand with neighbourhood planning.”

The application details, a response form, as well as general information on Neighbourhood Planning can be found on the Borough Council’s website at:  https://www.tauntondeane.gov.uk/neighbourhoodplan

Paper copies will also be available to view at Planning Reception, The Deane House, Belvedere Road, Taunton, TA1 1HE during normal office hours.

Under the Localism Act, communities have been given the chance to help shape the way their areas grow and develop and a neighbourhood plan brings their ideas together.

The plan must look at the use of land, whether for homes, shops, business or recreation – such as play areas – and can influence development and allocate sites.  It cannot be used to restrict or prevent development.

Woman and three children rescued from vehicle in floodwater in Thornfalcon 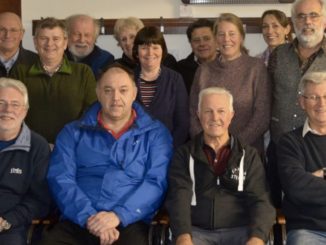