Avon and Somerset Police are appealing for the public’s help after a woman was robbed in Taunton.

The incident took place close to the bridge over the River Tone onto Somerset Square in the direction of the Coal Orchard car park at approximately 12:30 on Friday (24 February).

The victim, a 79-year-old woman, was walking towards the car park when something hit her from behind, causing her to stumble forward.

A man on a bike had collided with the woman before grabbing her purse and cycling back over the bridge towards the Morrisons store.

The suspect is described as a white male, 5ft 10ins tall, of a skinny build, with a light scruffy beard. He was wearing a light brown parka jacket with the hood up and riding a black mountain bike with white lettering on it.

The victim is a white woman with grey hair in a bob style and was wearing a camel coloured jacket, a green checked skirt and brown shoes.

“The victim has been left extremely shaken up by this incident.

This took place in the middle of the day close to a busy supermarket, so I am sure someone would have seen something.

Any information, no matter how small or insignificant you think it might be, might prove crucial to us catching the offender.”

Anyone with information can contact police on 101 quoting crime reference number 5217041853. Information can also be left anonymously with Crimestoppers on 0800 555 111. 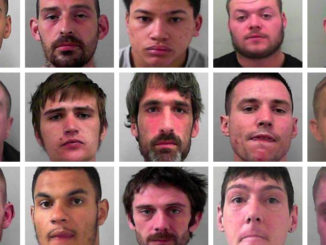 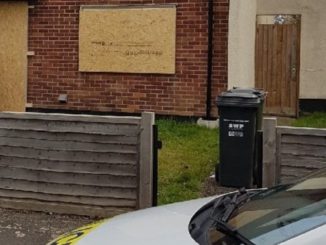