Two fire appliances from Taunton were mobilised to a report of a domestic fire on Duke Street in Taunton at 00:15 this morning (Tuesday).

Crews confirmed there was a small fire in the kitchen involving a cushion and extinguished the fire using two breathing apparatus, one hose reel jet, one thermal imaging camera and one triple extension ladder. 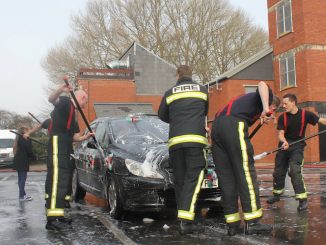