The very first space to be revealed as appearing on the brand new Monopoly board for Taunton has been announced today (Friday).

It is St. Margaret’s Hospice charity, which was very heavily voted to star on the board via a public poll which they topped.

The new game will hit shops in time for this Christmas, an exact date for the release and launch of the board will be announced within the next three weeks,

“It’s going to be a spectacular launch with a red carpet rolled out to boot!” said Natasha Rebuck from the game’s makers Winning Moves UK.

Other charities as well as St Margaret’s Hospice will also feature on the board. They will be announced later in the year.

St. Margaret’s Hospice prides itself on ‘providing high quality, responsive care to patients and their families facing a life-limiting illness’.

News of the very first space to be announced on the board has brought whoops of delight from St Margaret’s staff who ran a ‘great’ campaign to get on the board, say the makers of the game.

The charity will be appearing on its very own Community Chest space – in the green section of the board – on the customised edition.

Clare Gallie, who is Director of Fundraising, Marketing and Communications at St. Margaret’s Hospice, today said:

“We are absolutely thrilled to be featuring on Taunton’s very own Monopoly board – and to be the very first space to be announced.

As a Taunton-based charity that cares for over 3,200 people every year, we are so excited to be celebrated as part of the community and to have topped the poll.

We’d like to say a huge thank you to all those who voted for us.

This will make a fantastic gift for everyone in and around the Taunton area this Christmas.”

Ali Collier, whose stepson was cared for by St. Margaret’s Hospice, added:

“St. Margaret’s means so much to us as a family not just because of the amazing care my stepson received, but also because of the care the whole family received.

We felt safe and looked after, and in a surprisingly happy atmosphere. They helped to make a difficult time as comfortable as possible.”

The makers of the game today extended their congratulations too.

Natasha Rebuck from the makers of the game, Winning Moves UK said:

“Congratulations to St. Margaret’s Hospice they ran the most imaginative and great campaign – and many thanks to everyone who voted.

“The charity will feature on a Community Chest space – we feel this is an appropriate position on the board, with St. Margaret’s Hospice’s being such an integral part of the Taunton community.”

As well as town landmarks appearing on the multi-coloured spaces made famous in the original London game. Every location, from Mayfair to Park Lane, most of the Chance and Community Chest cards will be heavily Taunton themed too.

“There were two polls held earlier in the year. One for general landmarks, a second specifically for charities. The response to both was beyond our expectation. We would like to thank each and every person who took the time to vote and to nominate. We have studied each suggestions and vote – in their thousands – and the board is now in the production stage.

The board will feature and star the very great and the very good of Taunton.”

The game is also proving extremely hot property with retailers. The following stores in Taunton have put in ‘huge numbers’ in advance order: Argos, Waterstones, WHSmith and The Works. The game will also be very widely available online including at Amazon. 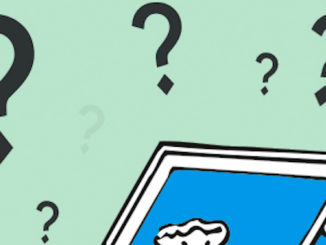 Taunton charity to feature on town’s Monopoly board 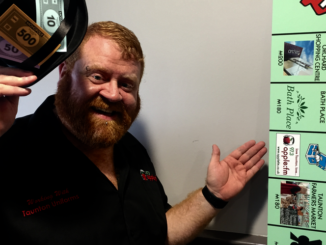