Avon and Somerset Police have carried out a third day of action in Somerset tackling drug dealing across the county.

Following on from the warrants carried out in Taunton and Bridgwater over the past week, police have undertaken a further nine search warrants this morning (Wednesday) which has led to another 17 arrests.

Search warrants were carried out at properties in Shepton Mallet, Wells, Street and Taunton which saw officers seize suspected Class A drugs and weapons.

Officers also made an arrest in Tintagel, Cornwall, after locating one of their outstanding suspects.

These three days of action follow a seven month investigation into ‘countylines’ drug dealing in Somerset.

32 warrants have been carried out, leading to 59 arrests so far.

As of this morning (Wednesday), 34 people have been charged with drugs supply offences, with 16 already remanded to prison pending court.

“I am very pleased with the results over the last three days.

Officers from the Investigations Team have worked hard over the last few months to put this together and I’m really grateful for the efforts they have made.

This operation wasn’t just about taking drug dealers off the street; it was about protecting vulnerable people who are exploited due to debt, addiction, mental health problems or other issues that make them an easy target. We won’t tolerate it.

Unfortunately drug addiction is a complicated issue and the police cannot solve it on their own. We have to work with our partners and communities to tackle the wider issues with an aim to reducing the market and demand for illegal drugs.

I want to thank the public and our partners for providing information that has helped enormously with this operation. You are our eyes and ears. Keep talking to us, we are listening and we will take action.” 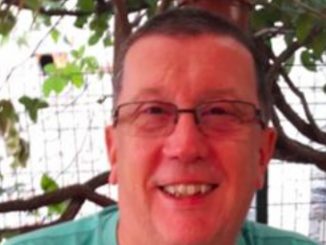