Fire appliances from Wellington, Taunton and Wiveliscombe were mobilised last night (Saturday) to a derelict building that had caught fire at Weavers Reach, Tonedale, Wellington at about 19:47. 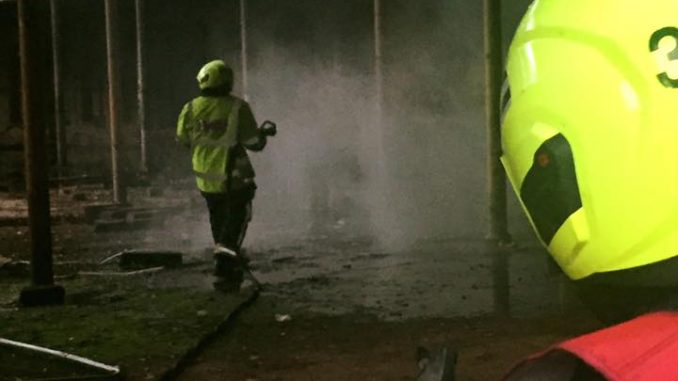 On arrival, crews requested a fourth appliance as the roof was involved.

A fire appliance and the aerial from Taunton were mobilised along with the water carrier from Bridgwater. 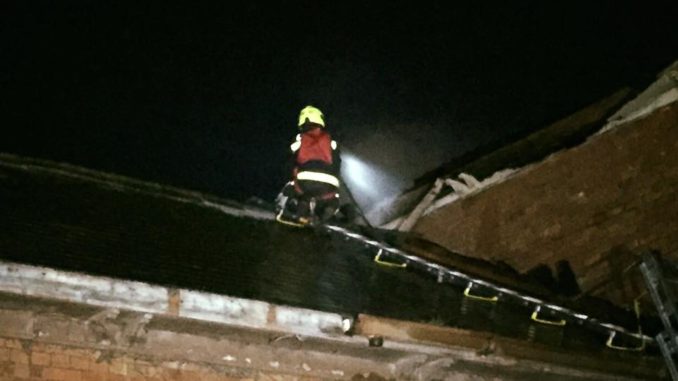 Crews then stated there could possibly be casualties inside the building and got to work with breathing apparatus, one main jet, and one ladder extinguishing the fire.

This soon increased to 4 breathing apparatus and 2 ladders on the arrival of further appliances.

Fire crews confirmed at 21:15 that the gable end of the property had collapsed preventing them from checking the building for persons.

A building control officer was requested to attend due to the building becoming unstable.

It was comfirmed at 22:00 that the fire was mostly extinguished and crews were damping down hotspots and checking the building with the thermal imaging camera.

The gable end of the building has been cordoned off for safety.

It was confirmed at 09:30 this morning (Sunday) that the fire had been extinguished.

“The fire has now been extinguished using the previously stated equipment. The cause was ascertained as being deliberate.”