National Volunteers’ Week has traditionally been marked annually during the first seven days in June. It is an ideal opportunity for everyone to stop and consider the work that is done by volunteers.  From trustees to campaigners, carers and tin-shakers, this is a great time to think about the huge contribution all volunteers make. Engage would like to encourage people to think about what a difference volunteering makes in our area so that we might celebrate organisations and individuals from every walk of life who have been involved.

Locally, Engage is inviting voluntary organisations and the general public to nominate individuals or groups who they feel deserve special recognition. Engage has hosted Volunteers’ Week celebrations in Taunton Deane and West Somerset for a number of years. Two award ceremonies, one in Taunton and one in Minehead, will take place in June, after careful consideration of all of the nominees by a panel of judges. Over the years the ceremonies have become popular events at which volunteers and groups, together with those who have nominated candidates can meet and celebrate together.

There are two main categories for the Volunteer of the Year awards: individual and group. In West Somerset there is an additional Environmental award, which has been sponsored by Exmoor National Park.

“We are really excited to be able to host these volunteering celebrations again.

“The Volunteers will be people who give their time freely for the benefit of others, whether in a large registered charity or simply through being good neighbours.”

“We are thrilled that Exmoor National Park has again offed some sponsorship in West Somerset, so that we can also make an environmental award.”

The climax of the competitions has been timed to coincide with National Volunteers Week, with the winners being announced at the ceremonies in each area. Further details of these events will be announced nearer the time.

Nomination forms can be downloaded from Engage’s website at: www.engagews.org.uk. For a paper copy, please phone the Engage office: 01643 707123.

The closing date for nominations is Friday 27th April 2018.

Put a ‘Spring’ in your step – Volunteer! 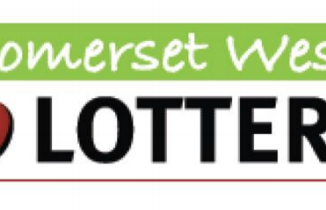