Several new appointments to key roles within Somerset County Council were approved this morning (16 May).

At its Annual General Meeting, the County Council voted to appoint a new Chair of the Council, Councillor Nigel Taylor. Cllr Taylor was elected to the Council in 2017 and represents the Cheddar division.

The Council also approved appointments to Chair and Vice-Chair positions of the 13 different decision-making and scrutiny committees within the authority.

This included the following:

Full details of the appointments to all the committees can be found on the Council’s websitehttp://democracy.somerset.gov.uk/ieListDocuments.aspx?CId=137&MId=383&Ver=4

For more detail about the Cabinet positions and responsibilities visit http://democracy.somerset.gov.uk/ieDecisionDetails.aspx?ID=734 (note – there is no longer a Cabinet responsibility for Corporate and Community Services).

£120k for temporary measures to encourage walking and cycling 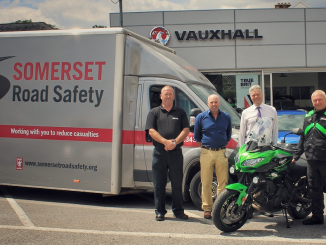 Help save lives on the road in Somerset