Avon and Somerset Police have launched an investigation into a disorder in Wellington in which four police officers were assaulted.

Police were called to the town park in Courtland Road at just before 17:30 on Sunday (10 June) following a report of teenagers taking drugs.

Officers attended within 15 minutes and a disorder ensued when a group of up to 30 young people tried to prevent them from detaining a suspect.

Further officers were called to the scene and a dispersal notice was issued for the whole park, enabling police to direct people to leave the area, or take them to a place of safety if they were under 16.

A 15-year-old girl was arrested on suspicion of theft and assaulting an officer and has been released under investigation.

A 13-year-old girl was arrested on suspicion of assaulting an officer and causing a breach of the peace.

Two others were also arrested and taken to Wellington police station but due to concerns they had consumed drugs, their parents were called and they were de-arrested and advised to seek medical attention.

Officers remained in the park until 19:00 and continued to patrol the area.

“Families with young children and other members of the community should be able to enjoy an afternoon in the park without having to endure this shocking level of anti-social behaviour (ASB) involving what is a small minority of the town’s teenagers.

Officers were subjected to aggressive, hostile and violent behaviour throughout. This is completely unacceptable and we’ll be carrying out an investigation into what happened, include a full review of officers’ Body Worn Video camera footage.

We’re working hard to tackle ASB in Wellington and we’ll continue to target our patrols to areas affected by this type of disorder.

This behaviour will not be tolerated and we’d ask parents and carers to work with us by making sure they know where their children are and who they’re with.

If you witnessed any part of this incident, or have information which would help our investigation, please call 101 and give the call handler the reference number 5218127214.” 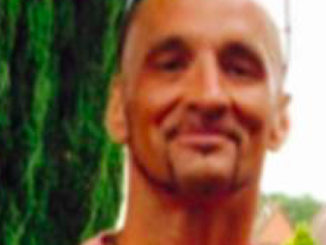 Man found dead in Taunton had ‘heart of gold’