One fire appliance from Taunton was mobilised following a call reporting a male trapped in a wheelchair on Dorchester Road in Taunton at 16:47 this afternoon (Friday).

On arrival, the officer in charge confirmed one male who had fallen and now became trapped in his wheelchair.

The crew liaised with ambulance paramedics to effect the rescue.

The male was released from the wheelchair and duty of care was left with on duty carers.

Lorry fire on M5 Northbound between Junctions 25 and 24 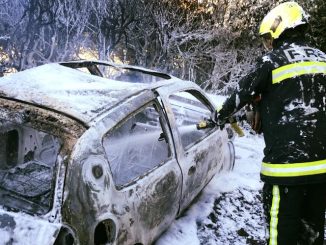