Local schoolchildren will scatter soil from the battlefields of Belgium when the Somerset Wood is dedicated next month.

The sample of earth has been provided by the Mayor of Ypres, Jan Durnez, to help Somerset remember those who made the ultimate sacrifice in World War 1.

It will be scattered by youngsters from West Monkton and Cheddon Fitzpaine primary schools as part of a naming and blessing event that will take place at 3pm on Friday, 9 November – two days before Remembrance Day which will have special significance in this the 100th anniversary year of the Great War.

The memorial wood is being established in memory of those from Somerset who lost their lives in WW1 and is a joint partnership between Taunton Deane Borough Council, Somerset County Council, Cheddon Fitzpaine Parish Council and West Monkton Parish Council.

Members of the public are invited to attend the naming event at the site between Monkton Heathfield and the east of Nerrols Farm, near Taunton, joining representatives from the Armed Forces, past and present, and other dignitaries.

Anyone planning to attend is asked to arrive early – not later than 2.30pm – and walk, cycle or use local buses if possible, though some car parking will be available near to the dedication site (see map attached).

The ceremonial naming of the wood will be led by HM’s Lord Lieutenant of Somerset, Mrs Anne Maw, and include a short Service of Dedication and Blessing conducted by the Archdeacon of Taunton, the Venerable Simon Hill, on behalf of The Bishop of Bath and Wells.

The project will eventually see 14,000 broad-leaved trees planted to create the community wood in honour of the 11,281 Somerset residents who died in WW1. Covering 23 acres within a planned Country Park that will be an integral part of Taunton’s Garden Town status, the wood will be a and a place for wildlife, people and peace.

It’s hoped that residents, especially local youngsters, will get involved in the planting of the trees provided by The Woodland Trust. As many as possible will be planted between December 2018 and March 2019 and further information will be provided on the planting timetable for those who wish to help. 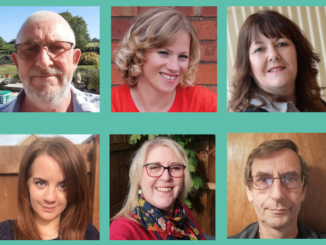 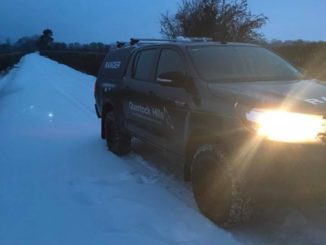