Racegoers can start to get into the festive spirit when Taunton host their Christmas Meeting on Thursday December 13th when the card that gets going at 1.05pm boasts a more than generous prize pot of almost £67k.

In addition to the action on the course the King’s College band will be in attendance providing seasonal music, there will be mincepies and mulled wine, as well as a number of trade stands to kick off the occasion.

First to post is The King’s College Novices’ Hurdle Race over two miles and half a furlong which is followed half an hour later by The BlueQube Handicap Hurdle over the same distance, which carries a prize fund of £9,300.

The next to post at 2.05pm is The Dave Criddle Travel and Bristol Airport Steeple Chase, (A Novices’ Limited Handicap) over two miles seven furlongs that has a total prize value of £10,800.

The Dave Criddle Travel and Thomas Cook Holidays Handicap Hurdle Race (Class 3) over two miles three furlongs, with £13,800 up for grabs is next up.

The most valuable race of the day is The Elizabeth Chatfield 40th Birthday Handicap Steeple Chase (Class 3) at 3.05, over two miles two furlongs that has a whopping £15,800 on offer in prizes, which is bound to attract interest from a lot of owners and trainers.

The longest race on the card The Dave Criddle Travel Handicap Hurdle over three miles brings the curtain down on what promises to be another thrilling  afternoon’s action.

The management at Taunton Racecourse is very grateful to Dave Criddle Travel and all of the race sponsors for their generous support.

Punters can take advantage of the discounts available by booking tickets on-line in advance before 10am on the day prior to racing by logging onto www.tauntonracecourse.co.uk

A courtesy coach service departs from Taunton Railway Station two hours before the off and returns from the course 30 minutes after the start of the last race. 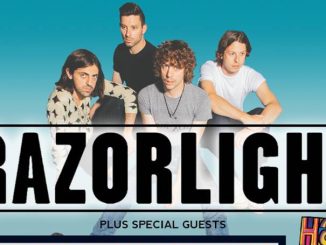 Taunton Racecourse get the New Year off to flying start