A yellow weather warning for wind is in place across South West England including Somerset from tonight (Wednesday) until tomorrow morning.

“A period of very strong and gusty winds is likely on Wednesday night and Thursday morning. Strongest winds will be across South West England and South and West Wales late evening, with gusts of 60 to 70 mph on coasts and 50 to 60 mph inland. Elsewhere winds will be strongest after midnight, with gusts of 60 mph on coasts and 50 mph inland before easing during Thursday morning.”

The Met Office has warned that some delays to road, rail, air and ferry transport are likely. Delays for high-sided vehicles on exposed routes and bridges are also likely. Some short term loss of power and other services is possible. It’s possible that some coastal routes, sea fronts and coastal communities could be affected by spray and/or large waves. 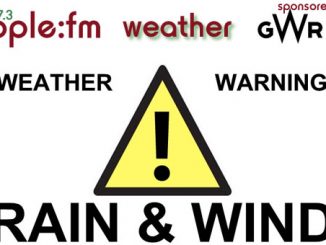