Somerset County Council is joining the call from council leaders nationwide for a green paper on social care in the next ten weeks.

The Local Government Association (LGA) used its annual conference to challenge the new Prime Minister to publish a paper – which would outline potential options for reforming social care – before Parliament goes into recess for the September conference season.

“I’m delighted the LGA is making this demand,” said Leader of Somerset County Council, Councillor David Fothergill, who is at the conference in Bournemouth. “This is arguably the biggest challenge our country faces and has to be at the top of the PM’s to-do list, whoever wins the leadership contest.

“It should be considered a cross-party, national priority and on everyone’s agenda and we’re proud of the role we’ve been playing in standing up for care and raising the profile of the issue”.

Somerset County Council was at the centre of the recent Panorama documentary about the national pressures facing social care as the demands of an ageing population out-strip Government funding.

It allowed the film crew to spend ten months with the its social care staff in a move described as “brave and right” by the Minister for Health and Social Care, Matt Hancock MP.

The resulting documentaries were broadcast in May and June, receiving massive national media coverage and kick-starting political debate on the subject.

The LGA’s demand marks a year since it published its own green paper on the future of adult social care. In the past 12 months, the Government has delayed its version three times and it is now more than two-and-a-half years since it first committed to producing one.

The association is also repeating its offer to host cross-party talks between national politicians to finally find consensus on desperately-needed reforms, to ensure we meet the future care needs of our ageing population.

You can read the LGA announcement in full here: https://www.local.gov.uk/about/news/councils-set-government-ten-week-deadline-publish-much-delayed-social-care-green-paper 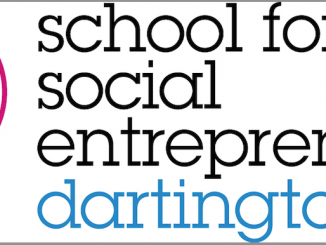 Have your say on the future of public transport in Somerset

Check which roads are gritted this winter