Local hero Jos Buttler has had his Cricket World Cup feats recognised with a special award from Somerset County Council.

Wicketkeeper batsman Jos, originally from Wedmore, was a key figure in England’s historic World Cup win in July, including playing a pivotal role in the dramatic ‘super over’ in the final against New Zealand.

In recognition of his remarkable accomplishments, Chairman of the Council, Councillor Nigel Talyor, awarded him a special Chairman’s Award for his sporting achievements this year.

Cllr Taylor presented the award at the new sports pavilion in Wedmore, watched by local youngsters who enjoyed a rare opportunity to have a question and answer session with one of England’s brightest stars.

Cllr Taylor said: “Winning the World Cup this summer on home soil was a remarkable achievement and for Jos to be so heavily involved is something Somerset can be hugely proud of.

“Cricket is in Somerset’s DNA and it was an honour to present this award in front of some of the young people who will have been inspired by what Jos has achieved.

“He is a fantastic example of how far talent, hard work and dedication can take you. We’re very proud of him.”

Receiving the award and fielding questions from the youngsters, Jos said: “This award means a lot to me. It’s been a huge summer for the England team and hopefully it’s encouraged lots of youngsters to take up the game.

“It’s great to see so many parents here. My parents gave me a great opportunity to get from where you are to the position I’m in now. Parental support is vital, so keep enjoying your sport and be very grateful to your parents for all the taxi rides.”

The Wedmore Playing Fields Association opened the sports pavilion on the day of the World Cup final. Local architect Peter Brown received a Chairman’s award earlier this year for his remarkable fund-raising efforts towards the project.

The County Council Chairman distributes annual awards to community heroes and those who have shown an outstanding commitment to the county. These were distributed in July. This special award was produced in light of Jos’s role in the World Cup and presented at the earliest opportunity. 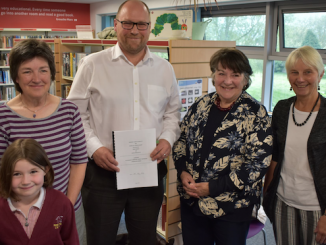 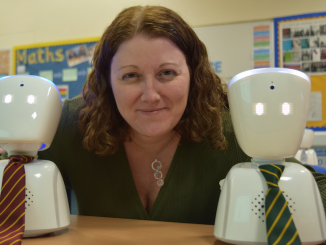