A 41-year-old man from Taunton, banned from parts of Taunton town centre, has been jailed for breaching a criminal behaviour order. 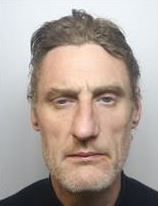 Thomas Crosbie was issued with the order at Taunton Magistrates Court on 31 October.

It banned him from several shops as well parts of the town and remains in place for two years.

The order was sought after he was convicted of theft, assault and fraud by false representation at a hearing at Taunton Magistrates Court the previous day, 30 October.

Complaints were made to the police about his behaviour in Taunton town centre.

Under the terms of the criminal behaviour order he is not allowed to enter Superdrug, TK Maxx, Sainsbury’s or Debenhams in the town centre.

On 5 November he entered an area in Taunton (East Street) prohibited under the criminal behaviour order.

Due to this breach a number of suspended sentences have been activated which means that Crosbie has been jailed for 25 weeks.

When he is released the order will continue to remain in force until it expires on 31 October 2021.

“Thanks to the proactive work of police community support officers and police officers in Taunton town centre, Thomas Crosbie was located within the exclusion area, in blatant disregard of the court order, granted only a few days earlier.

Criminal behaviour orders are imposed to protect communities and any breach is taken extremely seriously. He knew he had breached the conditions and now faces the consequences of that decision.

The public can be assured that we will continue to use anti-social behaviour legislation, as well as criminal powers, to ensure offenders not only answer for their criminal actions but are subject to on-going restrictions such as those imposed by the court.”