Drinkers are encouraged to take a break from the booze this January – and have a dry one.

Somerset County Council is backing ‘Dry January’, the national campaign led by Alcohol Change UK which aims to encourage drinkers to give up alcohol for the month and reset their relationship.

During Dry January last year, 88 per cent of those taking part saved money; 71 per cent slept better and 58 per cent lost weight.

Trudi Grant, Somerset County Council’s Director of Public Health said: “More and more people are taking part in Dry January, which is great news. It can help kick-start a change in routine and is a great way to start the New Year.

“You will start to feel some of the health benefits such as sleeping better, having more energy and losing weight – and it also helps save money.

“It’s not about stopping drinking altogether, it just encourages a short break from alcohol.  And it has been shown to help people in the longer term to drink a bit less and stick to the low risk drinking guidelines.”

Some good reasons for giving Dry January a go this year:

For helpful tips and advice on reducing your drinking, check out https://www.nhs.uk/oneyou/for-your-body/drink-less/

Anyone wanting to talk to someone confidentially about their drinking can call Somerset Drug and Alcohol Service on 0300 303 87 88 or visit the website: https://www.turning-point.co.uk/sdas 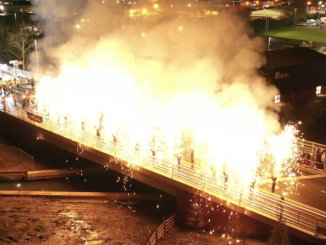 Next steps for libraries set out