Taunton host their  Post Christmas Meeting on Monday December 30th when the first of the seven races on the card which has a whopping prize fund of almost £87,000 on offer goes to post at 12.45pm.

The opening action is the The Annual Membership 2020 Available Today Juvenile Hurdle Race over two miles and half a furlong which is followed 30 minutes later by The Newton King Novices; Hurdle over two miles three.

The first of the two races over the jumps course is next up when The SetSquare Recruitment Novices’ Handicap Steeple Chase, over two miles seven furlongs and with a prize pot of £12.3k goes to post at  1.50pm.

The most valuable event of the day is The Byerly Stud Mare’s Novices’ Hurdle Race (Class 1) over two mikes and half a furlong which has prize money of £22,000 up for grabs.

Next up is The Brain Tumour Research Handicap Steeple Chase over three miles, two and a half furlongs which is off at 2.55pm.

The penultimate race is The Invest SouthWest Handicap (Class3) over three miles which has prize money of £14,300 on offer at 3.30pm, before the day ends with The 2 for 1 Entry 7th January Conditional Jockeys’ Handical Hurdle over two miles three half an hour later.

Racegoers are reminded that they can take advantage of the generous discounts on offer by purchasing tickets in advance before 12 noon the day prior to racing on-line by logging onto  www.tauntonracecurse.co.uk 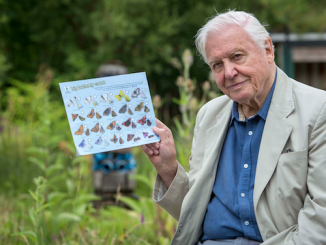 Attenborough: ‘Watching butterflies is good for you!’