Somerset County Council is taking a trail-blazing lead in the use of robot technology to help poorly children back into the classroom.

In the biggest initiative of its kind in the country, the council has invested in 50 AV1 robots to support children who can’t be in school – whether it’s because they are sick or overcoming physical or mental health challenges.

The AV1 robots take the place of the child in the classroom, letting them see, hear and contribute to lessons while they are out of school at home or in a hospital bed.

Schools and colleges can request use of the robots to work alongside or instead of traditional home tutor support. The 50 robots come at a cost of £145,000 and schools pay a rental fee that covers running costs with any ‘profit’ being reinvested in more of the robots.

“It’s great to be at the cutting edge and this investment certainly puts us there,” said Councillor Faye Purbrick, Cabinet Member for Schools and Transformation.

“No other local authority has committed to this technology in the way we have, and that reflects our desire to embrace technology where the evidence shows it can improve lives.

“The response we have had already shows that across education there is an understanding that technology like this can be an important part of the support for children in our schools.”

The robots are carried from lesson to lesson by a ‘buddy’ classmate. The child watches a livestream of their lessons on a tablet or phone – being able to ask questions, hear answers and move the robot’s head to look around the room.

This means they can carry on learning and, importantly, stay in touch with their friends and classmates while making the difficult journey back into the classroom.

Preston School in Yeovil was one of the first in the South West to trial the technology, and its Principal, Gregg Morrison, whole heartedly recommends is as a tool for schools.

He said: “It’s been a really good way for young people who have been ill to keep in touch with their education, but also their friends at a time when they can feel very isolated.”

Cllr Purbrick added: “Staying connected in with the classroom helps academic performance, but it’s about more than that. Staying in touch with your peers and feeling part of school life when you are unwell is just as important.”

Originally developed in Norway, national research in schools and hospitals has shown how successful this innovative technology can be. So have initial trials in Somerset and the authority expects to see the investment lead to increased attendance and attainment.

Nationally, there are an estimated 72,000 pupils who are frequently absent from school due to long-term illness. In Somerset, 35 children are referred for extra support for medical reasons every year. 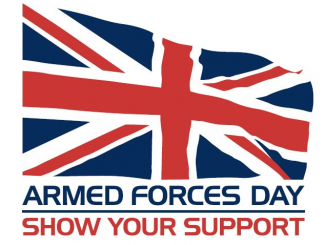 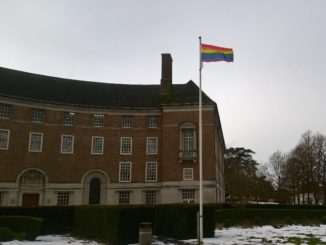 Flying the Flag for LGBT Fostering and Adoption