Avon and Somerset Police are investigating after a man in his 50s was ‘spat at and punched’ in Taunton.

“A man, in his 50s, was next to the Orchard Shopping Centre entrance in Fore Street, Taunton, at about 2.30pm on Tuesday 9 June, where he was spat at and punched by a unknown man.

He suffered a minor neck injury, but did not require hospital treatment. His watch was also broken during the incident.

Enquiries into what happened are continuing and have revealed a picture of a male we wish to talk to about our investigation.

That man is described as white, of medium build, about 5ft 8ins to 5ft 10ins and having a Welsh accent. He was wearing a dark blue skull T-shirt and a green camouflage-style rucksack.” 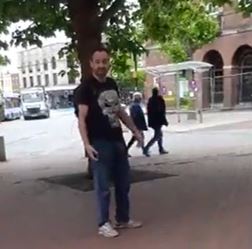 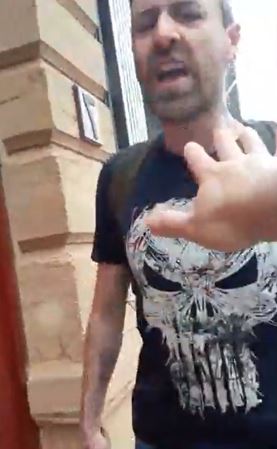 Anyone who recognises the individual, or witnessed the incident, is asked to call 101 and give the call-handler reference 5220125664.