Somerset West and Taunton Council (SWT) is calling on everyone to get behind the Great British September Clean and help keep the district tidy.

The national event was due to take place from 20 March – 13 April but was postponed due to Covid-19 and is now taking place from 11 to 27 September.

The Council is giving its support to local groups and individuals taking part in or co-ordinating litter clearing efforts by providing litter grabbers and tabards where possible.

It has also arranged to pick up and take away any rubbish bags that are collected through litter picks.

Leader of the Council, Cllr Federica Smith-Roberts, led by example and took part in a community litter pick at Longrun Meadow and French Weir Park on Saturday (12 September).

The event was organised by the Taunton Neighbourhood Policing Team and followed COVID guidelines with volunteers two meters apart, wearing masks and gloves.

It was supported by the Friends of Longrun and staff from Coach with donations of water, fruit and snacks from the local Tesco supermarket.

Cllr Smith-Roberts said: “I hope this campaign will see bad habits and carelessness replaced by positive attitudes to rubbish and a lasting sense of public responsibility.

“The Council is particularly pleased to see its parks and open spaces included in the local clean up as national statistics show that more than half of the country’s parks have experienced a rise in issues, including litter and anti-social behaviour, since lockdown was eased.

“We hear much about the problems caused by litter but we don’t often hear about the efforts of staff and the army of volunteers to clear it up so I’d like to take this opportunity to thank them for the work they do all year round in making our parks and open spaces places we can all enjoy.”

You can get involved and show support for the Great British September Clean using these recourses;

Organise a private clean-up with up to five other family and friends.

Pledge to do your own individual clean-up, you can give as little as 15 minutes to the campaign. 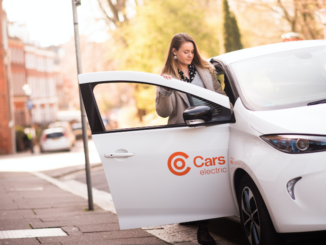 Somerset West and Taunton Council investing in the future