A Somerset Charity Fundraising song has been released to help male victims of domestic abuse recognise they are not alone.

Singer and Songwriter Clive Lever and his long-term friend Bob Martin have produced a song “You’re Not Alone” to raise awareness of male victims of domestic abuse, to encourage them to get help and to raise funds for the ManKind Initiative helpline.

Cllr Clare Paul, Somerset County Council Council’s Cabinet Member with responsibility for Public Health and Wellbeing, said: “This will be a huge help in raising the profile of the plight of men who experience domestic abuse.

“All too often the assumption is made that domestic abuse only happens to women, but it can happen to anyone, of any age, in any type of relationship – that includes men.

“I wish Clive and Bob every success with the release of their charity song.”

The song’s title derives from the charity’s core message ‘You are not to blame, You are not weak, You are not Alone’ – alongside the Government’s domestic abuse campaign – you are not alone.

Clive, an honorary patron of Mankind, is dedicated to ensuring the voices of male victims are heard and are better supported, whilst recognising that male and female victims alike need and deserve the same high standard of support.

Clive Lever, who was born and brought up in Somerset, said: “It’s a pleasure to use music, which I love, to support male victims of domestic abuse, who are too often forgotten, or whose existence is too often actively denied.

“I want to give those men hope, especially as so many during lockdown will have suffered behind their front doors without knowing who to turn to and how to escape. Men can and do escape from domestic abuse and this is the message I hope this song helps them hear.”

The song can be downloaded via Virgin Money Giving at this website and the charity asks for a donation towards the running of its helpline in return:  www.tiny.cc/yna

If you are experiencing domestic abuse, regardless of your gender, are worried about someone you know, or are concerned about the impact of your behaviour towards others, then help is available: www.somersetsurvivors.org.uk or by telephoning 0800 69 49 999.

In an emergency you should always dial 999. If you are worried that an abuser may overhear your call you can remain silent, tap the phone and dial 55 when prompted by the operator who will send help.

If you are deaf, hard of hearing or speech-impaired you can register with emergencySMS.net. Once registered you will be able to send a text to 999 if you require help in an emergency. 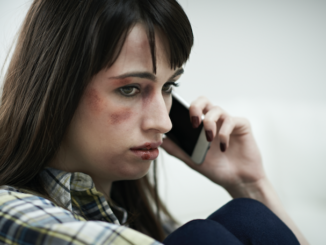 Tech-abuse – lock down after lockdown