Nationally, over 300 elected representatives work with central and local government to make sure young people’s voices are heard. Supported by Somerset County Council, Somerset MYPs campaign on a range of issues, advise, represent, give grants and are consulted by decision makers.

11- to 18-year-olds who live in, or attend school or college in Somerset can put themselves forward to be the county’s next MYPs. To do this, they should complete a short online form available here www.somerset.gov.uk/myp by Friday 5 November.

Elections and voting will take place in December 2021 with newly elected MYPs taking up office on 1 March 2022 and serving a two-year term.

Somerset’s current Member of Youth Parliament, Hanna Wittek, said: “Equality, respect and fairness define Somerset Youth Parliament’s core values. We welcome applications from everyone regardless of background, ability and interests. The main things are that you care and want to influence change.”

The selected young people will work alongside current MYPs and Deputies to learn their roles and create campaign manifestos. They are offered training, development and unique experiences to fast-track their learning, communication and understanding of British values and democracy, while empowering and embedding youth voice by working alongside decision makers and services.

Three MYPs and three Deputies will be selected through a vote in which all young people aged 11 to 18 will be invited to take part. Candidates will be invited to an ‘Election Speech Day’ event, which will be supported by Cllr David Fothergill, Somerset County Council Leader, and Cllr Frances Nicholson, Cabinet Member for Children and Families.

Cllr Frances Nicholson, Lead Member for Children’s Services at Somerset County Council, said: “Due to Covid-19, the official term of office of Somerset’s current elected MYPs was extended by an extra year. They‘ve worked really hard during that time and achieved a great amount, platforming youth voice and their campaigns since 2018.

“It’s so important to involve young people in decision making. Standing for the Youth Parliament is a fantastic opportunity to get involved and make a difference. I’d like to encourage young people to apply, and I very much look forward to meeting nominees on Election Speech Day in December.”

To find out more about UK Youth Parliament and the work of the national British Youth Council, visit: www.byc.org.uk/uk/uk-youth-parliament

Check which roads are gritted this winter 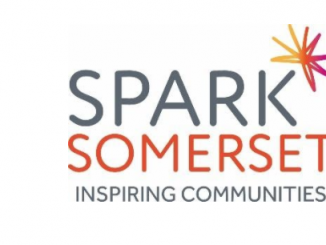