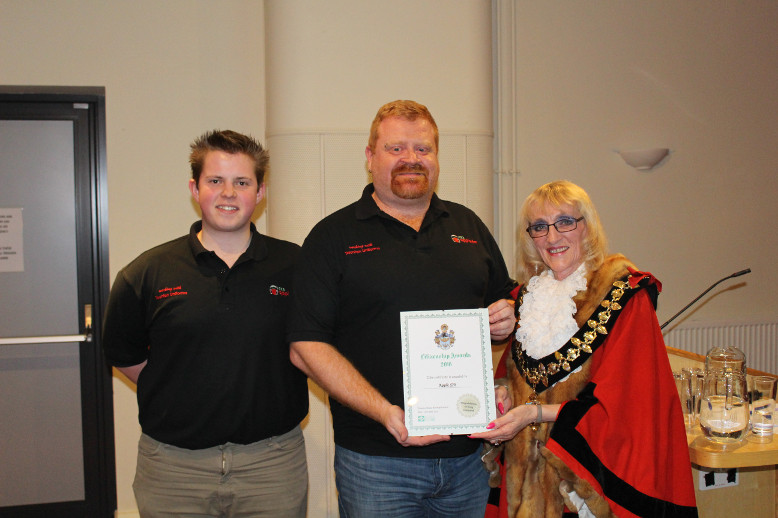 A record number of nominations were received for this year’s Citizenship Awards,

Hosted by the Council in conjunction with local Rotary Clubs to recognise the unsung heroes of Taunton Deane.

There were 19 entries in the annual awards open to individuals and voluntary groups that make a real difference to the people living in our community.

Apple FM was nominated by the public for an award, though unfortunately didn’t quite make the mark to get a full Citizenship Award. However The Mayor, the Award Selection Panel and Taunton Deane Borough Council stated that they were “most impressed with Apple FM’s dedication and hard work within the local Community”, therefore Taunton Deane Borough Council wanted to present Apple FM with a special Certificate to mark it’s nomination.

North Taunton Partnership at Priorswood Community Centre also were commended on their nomination, too.

Pictures from the event are below in the slideshow

The winners of the Citizenship Awards were:-

Louise is a working mum from Wellington who helps a number of local groups and has improved the membership and profile of them all. She has been running the Wellington Majorettes for the last ten years and has been secretary of the Wellington Carnival Committee for three years. Louise has helped to make massive improvements to the organisation and collections, and has also transformed the Wellington Street Fair – the Carnival’s largest fund-raising event. It now boasts over 100 stalls and attracts visitors from far and wide. In addition to all this, Louise was in charge of a sponsored abseil at St Johns Church in February. The event raised over £5,700 with half going to the Carnival funds and half to charities of the individual abseilers choice.

Roger is an 85-year-old from Taunton who truly embodies the spirit of the Good Samaritan. He has built a reputation for being ever ready to lend a hand or support people – in particular the elderly, lonely and vulnerable who need help with everyday tasks. Some of Roger’s acts of kindness have developed into long-term commitments, caring for individuals and couples through illness.

Wiveliscombe stalwart Bob has been Chairman of the Taunton Flower Show since 2004 working tirelessly to nurture a team of 200 volunteers. Bob, who is retiring from the post this autumn, has enabled the show to grow in quality and popularity over the years – ensuring there are attractions for all the family and moving show dates from mid-week to the weekend.

Bob has also made a significant contribution to other aspects of life in Taunton Deane. He was a trustee of the Hestercombe Gardens Trust for ten years, and was Chairman of the Friends of Hestercombe – a group that has contributed greatly to its development and success.

Bob is also chairman of the Wiveliscombe Garden Club and vice-president of Wellington Flower Show. He has also been a member of the Management Committee of Orchestra West, and chairman of the Wiveliscombe Horticultural Show. On top of all this Bob is a helper in the SSAFA armed forces charity and opens his garden every year to raise funds for them.

The group are nurtured by the Halcon One Team – a multi-agency initiative bringing together the Borough Council, Police, Somerset County Council and other partners to make a difference in one of the least well-off areas of Taunton.

The Little Litter Pickers have over 30 members who meet on one Saturday a month accompanied by their parents or guardians. The children are educated on the dangers of litter and on road sense. They organise their own action plans and are encouraged to care about their community and each other. After their litter picking sessions they enjoy a group lunch at their base in the Acorn Children’s Centre.

The 36 volunteer drivers for the Wivey Link Community Transport Service.

Wivey Link was set up nearly 15 years ago to help combat isolation in this rural area and many of the drivers have been volunteers since the beginning. They drive an average of 125 miles a day – mostly short journeys enabling people to get out to doctors, chiropodist and hospital appointments, or the hairdressers and day centre. The drivers often go beyond the call of duty to ensure that passengers get to the correct department for their appointments or safely indoors with their shopping. They are regarded locally as “Jewels in the Crown” providing a vital service to the older and infirm members of the community.

The winners were presented with their awards and £100 to donate to a charity of their choice at a ceremony in the Taunton Conference Centre, Somerset College, last night (Wednesday 20th April).

Cllr Hill said: “The Awards’ selection panel had an extremely difficult task this year. We received a record number of extremely worthy nominations for groups and individuals who do outstanding voluntary work in our community. As a result the panel decided the fairest way forward was to make two extra presentations this year.

“Our communities benefit enormously from the work of volunteers who devote so much of their time and energy into making Taunton Deane a special place to live. Every single one of those nominated deserve our recognition and thanks.” 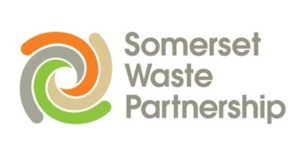 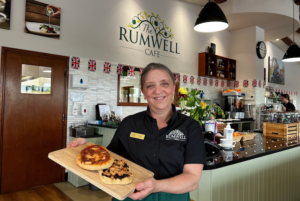