Taunton host their Spring Racemeeting on Thursday 1st March when the opening action on the card that includes two Class 3 events and carries in excess of a very generous £67k, is due off at 2.20pm.

This is followed at 2.50pm by the first of the Class 3 events, The South West Racing Club Steeple Chase (A Novices’ Limited Handicap) over two miles and seven furlongs and had a prize purse worth £15,800.

The Aspen Waite Group 25th Anniversary Novices’ Hurdle Race over two miles and three furlongs is next to post half an hour later.

The Roy Dunn Memorial Handicap Steeple Chase, over two  miles and seven furlongs, goes to post at 3.50pm, and is dedicated to the memory of one of Taunton Racecourse’s long time supporters.

Next is The Royal Bath and West of England Society Handicap Hurdle Race (Class 3), with a prize pot of £13,800, over two miles and three furlongs 30 minutes later.

The afternoon concludes with The Invest Southwest Novices’ Handicap Hurdle Race over three miles, the longest of the day.

Racegoers are reminded that they can make considerable savings by purchasing tickets in advance on-line, before 10 am on the day prior to racing, by logging onto www.tauntonracecourse.co.uk

A courtesy coach service departs from Taunton Railway Station two hours prior to the off returning from the course 30 after the start of the last race. 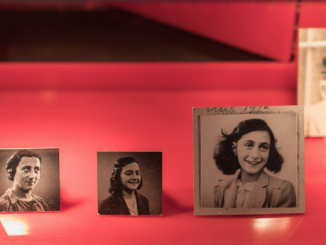 Last chance to visit the Anne Frank + You exhibition

West country racegoers all set for another exciting afternoon tomorrow