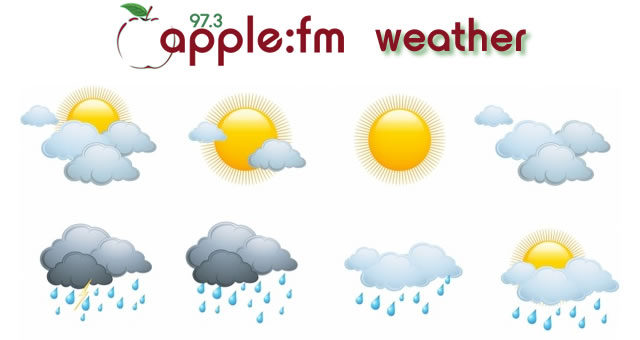 Today: A generally cloudy start to the day with the chance of a shower in places. Skies slowly brightening up through the morning, however scattered showers breaking out with a few heavy ones by the afternoon. Feeling cooler than of late. Maximum Temperature 17C.

Tonight: Showers becoming increasingly isolated this evening, with some late sunshine for many. Largely dry overnight with cloudy periods punctuated with clear spells. Locally turning quite chilly in the countryside. Minimum Temperature 4C.

Saturday: Mostly dry on Saturday and despite often cloudy skies, some bright or sunny spells are likely. A slim chance of a rogue light shower and feeling pleasant in any sunshine. Maximum Temperature 18C.

Outlook for Sunday to Tuesday: Scattered showers and warm sunny spells on Sunday. Showers becoming more widespread on Monday and Tuesday, some of these heavy and locally thundery. Rather breezy at times and turning cooler.