It will now encourage the MP for Taunton Deane, Rebecca Pow, and the MP for Bridgwater and West Somerset, Ian Liddell-Grainger, to give their support to the Bill.

Leader of Somerset West and Taunton Council, Councillor Federica Smith-Roberts said: “SWT has just declared an ecological emergency complementing the climate emergency declaration made in February 2019. We are also committed to reducing greenhouse gas emissions and promoting renewable energy as we work towards achieving carbon neutrality and climate resilience by 2030.

“The Local Electricity Bill will not only enable new community energy companies to sell energy that they generate directly to local people but the revenue received by these new local renewable energy providers could be used to help improve the local economy as well as reducing greenhouse gas emissions addressing both the potential economic and ecological devastation of climate change.”

The Council has also written to Power for People, the campaign group calling for MPs and the Government to make the Bill law.

Power for People’s Director, Steve Shaw, said: “We thank Somerset West and Taunton Council for supporting the Local Electricity Bill. If made law, the Bill would unleash the huge potential for new community-owned clean energy infrastructure and for this to boost local economies, jobs, services, and facilities in communities across the country.” 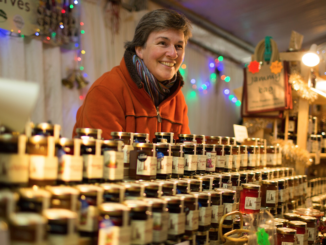